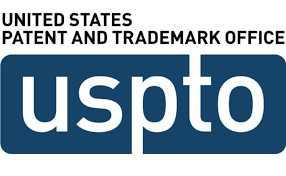 END TO UNITARY PATENT SYSTEM IN THE GCC

END TO UNITARY PATENT SYSTEM IN THE GCC.
THE GCC PATENT LAW IS AMENDED

The Gulf Cooperation Council (GCC)’s member states 2020 Summit concluded on January 05, 2021 and announced in one of the decisions “the approval of the amendment to GCC Patent Law”. Following this development, the GCC Patent Office (GCCPO) stopped accepting new patent application filings as of January 6, 2021.
The Secretariat General of the Cooperation Council for Arab States of the GCC published the amendments to the GCC Patent Regulation in Official Gazette No. 22. Following are notable amendments:
• Article 1, 4, 9, 17, 18 ,19, 20, 21, 25, 28, 29, 30, 32, and 33 are replaced by new articles.
• The GCCPO no more remains the office for issuance of unitary Patents GCC wide.
• Earlier granted Patents will remain valid and enforceable, as granted.
• The Economic Cooperation Council will issue procedure for dealing with pending patent applications, filed prior to issuance of amendments.
• The GCCPO will remain operational. The GCC member states has option to use the services of GCCPO. Such services could be full services the GCCPO offers or partial.
• The GCCPO will notify the Secretary General of the Cooperation Council outlining the type of services a GCC member state has chosen from GCCPO.
• Since there will no unitary patent centrally registered with GCCPO, the compulsory licensing and recordal of other licenses will be under authority of respective national Patent offices of GCC member countries.
• If a GCC member states has chosen the GCCPO service to grant a patent on its behalf, the decision of GCCPO will require validation by that country before patent is granted.
• Following this amendment, a patent issued by GCCPO will be on behalf of a GCC member state, therefore the validity of such patents will be limited to that member states only.
• The services of GCCPO will at the disposal of GCC member states and it will serve to the extent such services are requested.
• The amendments also establish an appellate forum, the Judicial Committee of the GCC Council, to hear appeals against the decisions of Committee.
• Implementing regulations of the GCC Patent Law are yet to be issued.

With this development, the only unitary system of registration for Intellectual Property in the gulf region stands abolished.

Should you have any queries, please contact us on following emails: