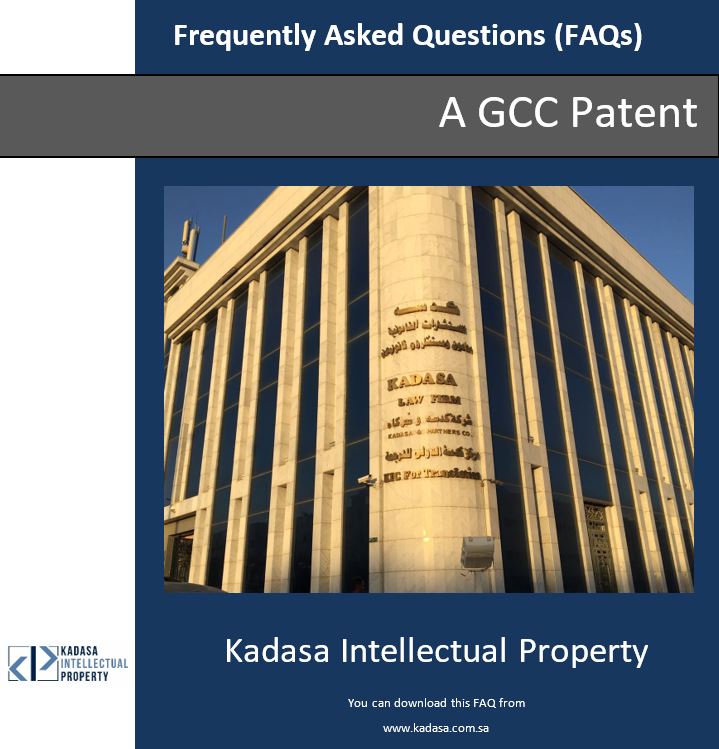 Yes, the GCC patent can grant a single patent, which will be equally applicable and enforceable in all GCC member states.

A GCC patent application is fully governed and subject to GCC patent law. There is no role of national patent offices of member states in patent prosecution process.

No. There is no such procedure for submission of objections by member states at any stage of prosecution or grant.

Any invention which fulfills requirements of patentability can be granted a patent. An invention to be patentable must fulfil following conditions:

GCC patent law clearly stipulates subject matters which are not patentable. The following cannot be protected as patents:

No. An application filed with GCC patent office will be applicable in all countries automatically, and it is not possible to select specific member countries through designation.

A local agent/attorney requires a power of attorney whether a general or specific one before filing a patent application. The power of attorney should be executed by an authorized signatory before a Notary Public and legalized up to the Consulate of any GCC member country.

As per law, Power of attorney shall be filed within three months of filing application.

Yes, amendment can be made either a result of substantive examination or by submitting application to amend by applicant.

Although GCC patent office is not member to Paris convention, however it accepts priorities from convention application.

There is no such requirement. However, there shall be at least one independent claim in application.

Yes. A pending patent application can be withdrawn before final decision to grant or refusal is taken.

Annuities are paid from the year following the application filing year. An applicant must pay annuity from January 01 to March 31 in the following year.

There is no provision on patent term extension under GCC patent law.

Appeal against refusal decision can be filed with a specialized GCC Patent Committee.

Term of protection for a patent is twenty years. It is calculated from date of filing a patent application.

No. In practice it is not possible to amend a patent application during appeal stage. This is equally applicable to appeal before a Saudi court upto any level.

There are no provisions for restoration of a patent application under GCC patent law.

No. There is no such procedure in place.

Yes under GCC Patent law, license is subject to control of the GCC patent office. The implementing regulations makes it mandatory to record a patent license agreement.

Non-recorded license will not be effective vis-à-vis third party in member states.

Yes, it is possible to partially assign a patent.

A patent owner, and an exclusive licensee having right to initiate action provided in recorded license agreement may sue for infringements.

The GCC patent law leaves the infringement proceedings to competent authorities of all member states. The law itself does not obliges member states to provide border measures for patent enforcement.

Yes. Invalidity proceedings can be initiated by interested party either as a fresh suit or as a defense in infringement cases. GCC patent law is however not clear on question on invalidity.

During appeals against refusal decisions, GCC patent committee or courts can appoint experts for deciding on technical matters.

Since infringement is territorial subject matter under GCC patent law, therefore award of damages will depend upon laws of each member state. In Saudi Arabia for example, in theory, damages are possible to be recovered, however in practice it is very unlikely that patent dispute committee or Saudi court will award damages. Shariah (Islamic) law is applicable to calculation of damages, which requires cause and effect relationship between infringing activity, and actual damages caused as a direct result of such acts.

GCC patent office, GCC patent committee and courts will accept only Arabic documents or its Arabic translation by a certified translator. This includes priority documents, power of attorney, and translation of certificates in other jurisdictions used as evidence.